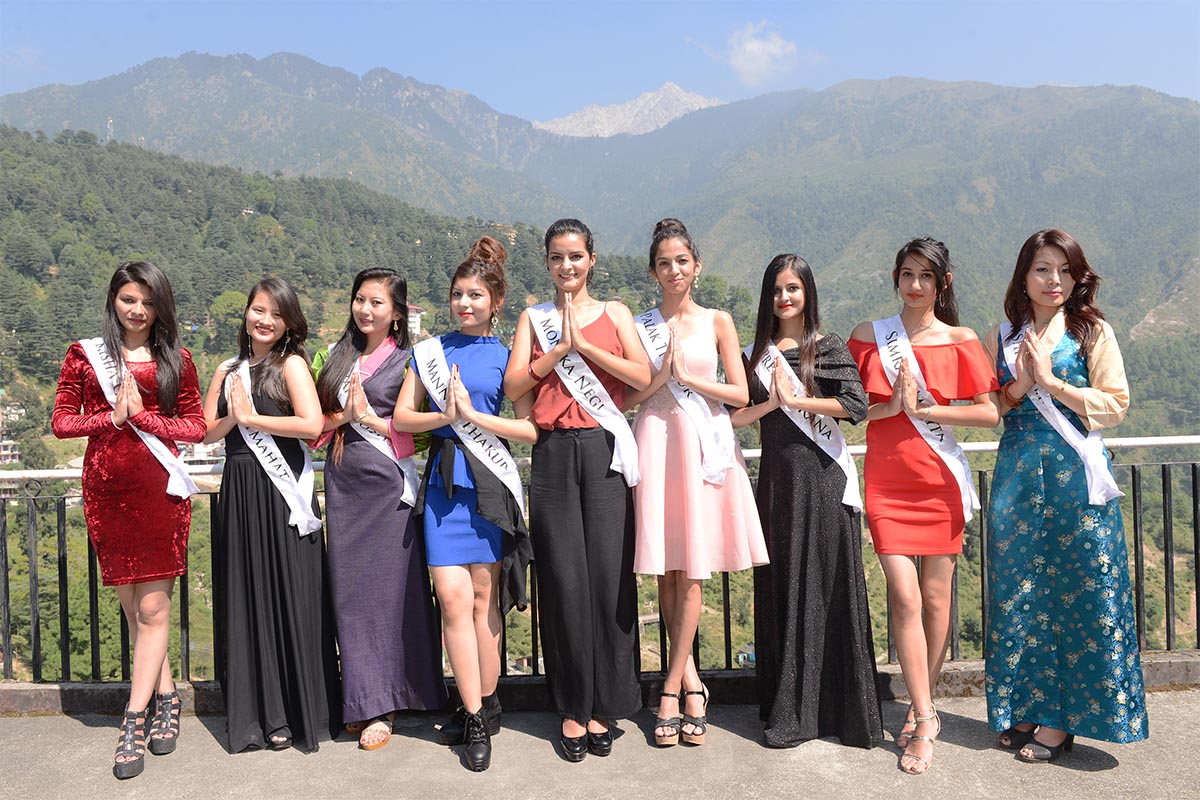 The nine contestants of the Miss Himalaya Pageant 2017: MHP

For its 5th edition, there are as many as 9 contestants in the fray for the Miss Himalaya beauty pageant title.

Pageant director, Lobsang Wangyal says, “It’s history in the making. It is by far the biggest number of contestants in the five years of the Pageant.”

We have the support of Honourable Minister for Urban Development, Government of Himachal Pradesh, Shri Sudhir Sharma. And the Himachal Tourism is supporting the Pageant with some funding assistance.

The organisers say, “the Pageant is an example of turning words into action, and making a difference in the community. There can be many more such events and programmes if we truly want to empower the women. The Pageant acts as a launching pad for all the ambitious and talented young women, giving them the chance they deserve to touch new heights and to be seen as modern young women.”

The Pageant also provides opportunities for fostering friendship and understanding among the Himalayan people.

The contestants earlier today went to Tsuglakhang temple for Dalai Lama darshan
.
The competition rounds will start from tomorrow. The Talk and Talent Rounds will be held on the night of Saturday the 7th at 7pm at Tipa, and the Finale night with three rounds will also be held at the same time and venue on Sunday the 8th.