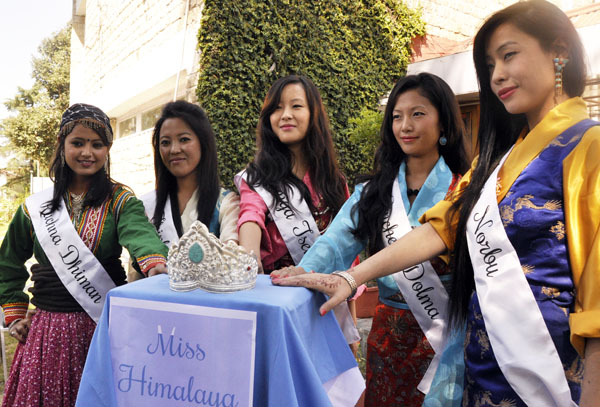 While expressing solidarity with the 58 self-immolators and others in Tibet, Wagyal also told the media, “The pageant will not only provide an opportunity for young women, but will also foster friendship and understanding among the people in the region.” Wangyal went on to say, “The pageant will also provide an opportunity to study and assess the vulnerability of the fragile Himalayan ecosystem.”

The eventual winner turned out to be Miss Rinchen Dolma from Sikkim, who is studying in Chandigarh. She was ecstatic when the verdict finally was read out, and said, “I have always followed my dream. Today I am feeling proud and honored to achieve the title Miss Himalaya 2012. I want to thank my family who were always there to support me to overcome every hurdle in life. I would also like to thank the Director Mr Lobsang Wangyal for giving us such a beautiful opportunity.”