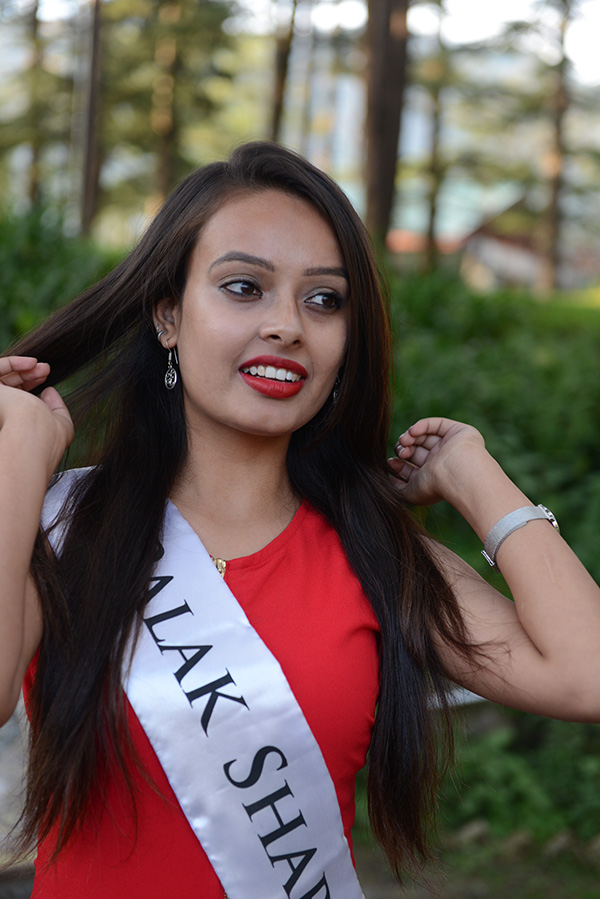 Palak Sharma is from Kuthman, Kangra, Himachal Pradesh. She was born 2 January 1998, and is 171 cm tall. A graduate student, Palak speaks Hindi and English, and her hobbies are music and dancing.

Palak is on the Web at Instagram as __wildnpeacful__.

My goal in my life is very clear as i want to be a top model and represent my state Himachal Pradesh nationally and internationally. I want to be known as "Himachal ki Beti" everywhere in the world. Liza Haden is my role model in the modelling world.

Everyone comes into this world, but not everyone actually lives.

The flora and fauna of the Himalayas varies with climate, rainfall, altitude, and soils. The climate ranges from tropical at the base of the mountains tp permanent ice and snow at the highest elevations. The amount of yearly rainfall increases from west to east along the front of the range. The diversity of climate, altitude, rainfall, and soil conditions generates a variety of distinct plant and animal communities or ecoregions. And the Himalayas, due to their large size and expanse, have been a natural barrier to the movement of people for ten thousands of years!

The tradition of Himalayan sages is an unbroken chain that extends for thousands of years -- a living tradition that still exists today. Rooted in the wisdom shared in the Vedas, Upanishads, Tantra, and Yoga, the Himalayan spiritual tradition is dedicated to sharing the experience of that truth which is eternal and universal. Some of the tribes predominant in this region of northeast India and the neighbouring area of Sikkim, Nepal, Bhutan, parts of West Bengal, Assam, and Arunachal Pradesh.

More about Palak Sharma: [ on this site ]   [ on the web ]
Ashima Sharma
Ritika Sharma

2 Comments in the Palak Sharma page