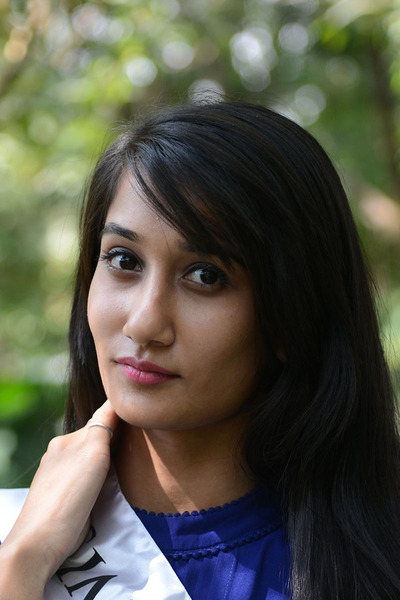 Simran Mehta is a student, from Dharamshala, and is 20 years old. She is 165 cm tall. Simran likes travelling, dancing, and shopping.

I hope to be successful in the field I desire so that I can make my parents proud of me.

I want to live my life carefree and like a queen and reach the heights of success with my hard work and dedication.

Himalaya is a land of magnified traditions and colourful festivals. From food to dress, everything includes a part of cultural living. Though village life in various parts of Himalaya is affected by the constant change in lifestyles, they maintain their culture and integrity. The Himalayas hold well-known gods and goddesses of the Hindu traditions, but their ties with local deities are closer. It was here in the Himalayas that the Vedic literature was created. The lofty epic of Mahabharata was created by the great seer Vyasa in a cave of the greater Himalayas, popularly known as Vyas Gufa. According to the tradition Vyasa dictated the great epic to Lord Ganesha, and its echoes still vibrate in the cave.

More about Simran Mehta: [ on this site ]   [ on the web ]
Preksha Rana
Tashi Lhamo