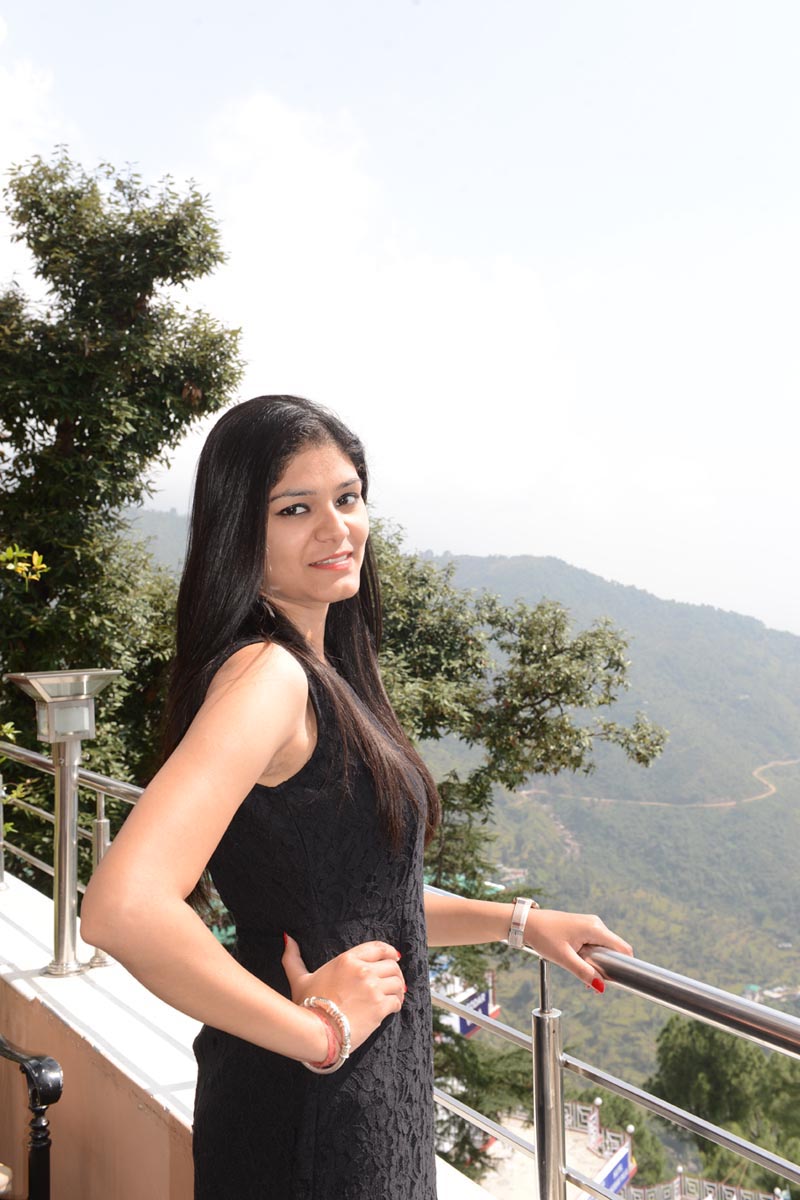 Parul Patel is from Dharamshala, Himachal Pradesh. She is 167 cm tall and 23 years old. She is a student working towards her MBA, and her hobbies are dancing and modelling.

I want to become a role model for the upcoming youth and for my better prospects.

The word "Himalaya" is from Sanskrit: "him" meaning snow, and "alaya" meaning home. Three of the world's major rivers (Indus, Ganges, and Brahmaputra) arise in the Himalayas. Several places in the Himalayas are of religious significance in Buddhism, Hinduism, Jainism, and Sikhism. There were over 6,000 monasteries in Tibet, including the residence of the Dalai Lama. Bhutan, Sikkim and Ladakh are also dotted with numerous monasteries. The Himalayan people’s diversity shows in their architecture, clothing, languages, beliefs, and rituals. The Himalayan people wear handwoven textiles displaying unique colors and patterns.