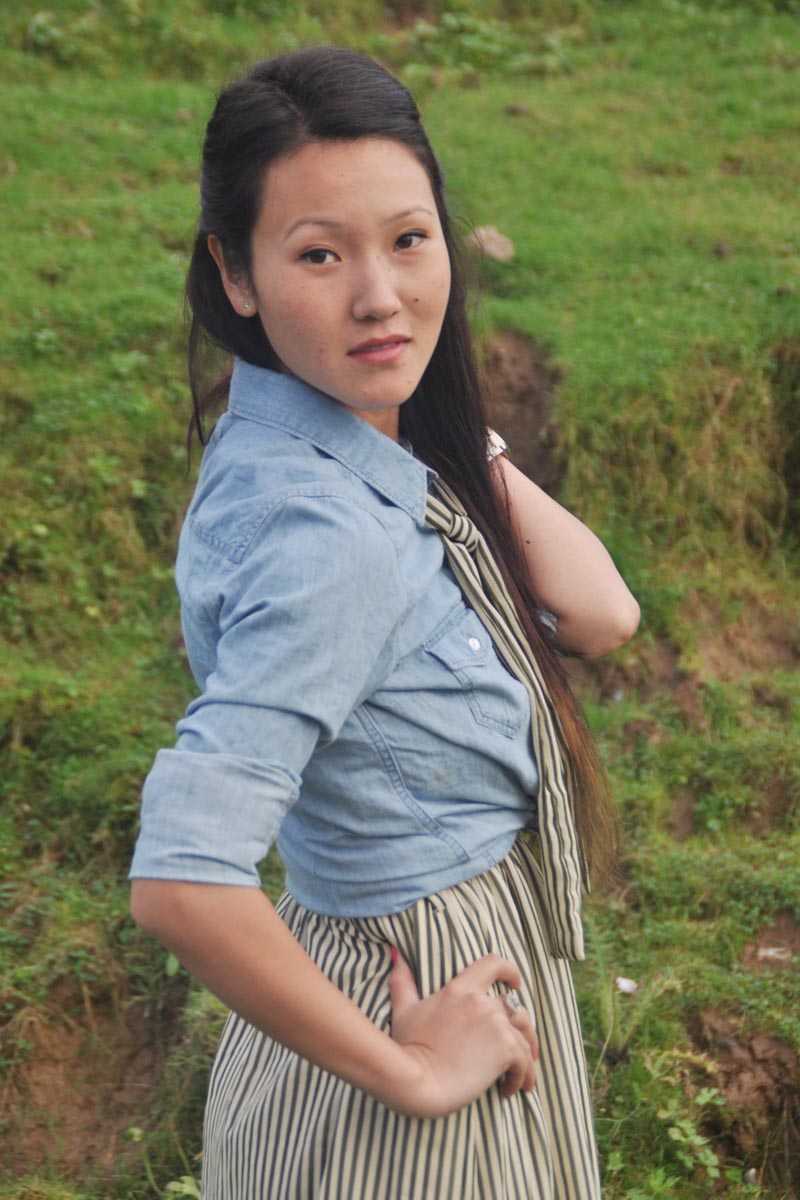 Kuenzang Choden, 23, is from Thimphu, Bhutan. She is a final year student at Institute of Technology and Future Management Trends (ITFT) College, Chandigarh. Her hobbies are listening to music and dancing.

I wish to be a good human being, at least to help some of the most vulnerable people who are in need. Thus, it doesn't mean to measure the value in monetary basis, but to respect other human kind and show some compassion and generosity which in fact is worth more than the monetary value.

I believe in the inner happiness of all. "Respect Oneself and Others".

Have you been to the Paradise? Yes! for all the people living in the Himalayan regions. It is also known as the last SHANGRILA on earth. The snow sparkling on the highest peaks of the Himalaya gives us the sense of purity and drinking the fresh water flowing from the sparkling white peaks. Forest covered with greenish trees, making us breath the cleanness air on earth.

The religions in the region are mainly Buddhism, followed by Hinduism and others.

The age-old traditions and customs are still the part of everyday life for the people, even while development and strains of global influence are more and more. We can say our traditions and customs as heritage because it has been inherited from generations to generations. Our culture full of colours and enjoyment, has the power of gathering all the people living in distant and making them smile.

More about Kuenzang Choden: [ on this site ]   [ on the web ]
Jyoti Dogra
Priyanka Dogra

2 Comments in the Kuenzang Choden page