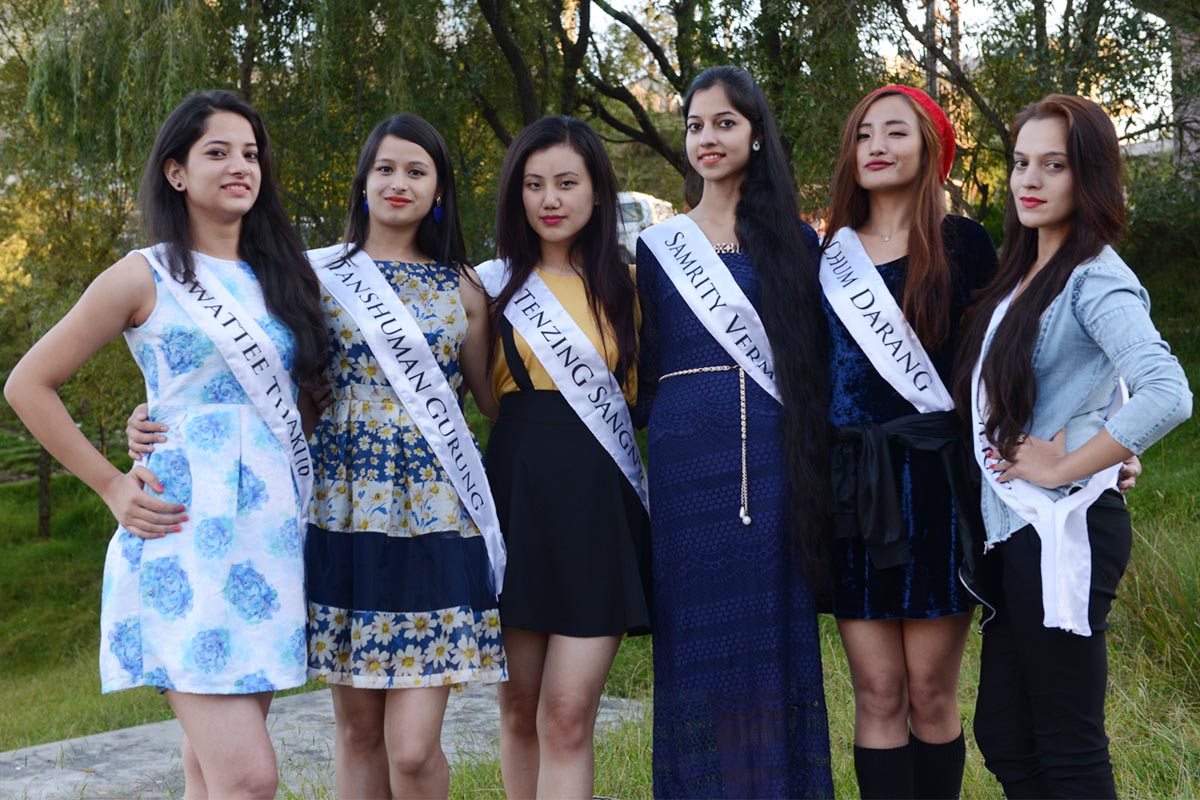 Contestants of the Miss Himalaya Pageant 2015 pose for a photo in McLeod Ganj on 1 October 2015. MHP

It is my pleasure and pride to announce the participation of six young, beautiful, talented, and confident women from the Himalayan region in the Miss Himalaya Pageant 2015.

The contestants will go through five rounds of competitions in two days; the winner will win the crown and the prize of one lakh rupees (100,000). The first runner-up will be given 50,000 rupees and the second runner-up 25,000 rupees.

Day one of the competition, consisting of Talk and Talent rounds, will take place on Saturday, the 3rd October, at 7pm at TIPA. The finale on 7pm the Sunday the 4th will have three rounds: the Introduction, Traditional Costume and Interview rounds.

Miss Himalaya Pageant is aimed to provide a platform for young women from the entire Himalayan region to promote its culture, preserve its environment, and foster understanding and friendship among the Himalayan people.

Sponsorship for the Pageant has been the major issue. It is hoped that the event could receive some sponsorship from those who believe in the promotion of tourism, culture and women empowerment.